December 1, 2016:  We were glad that we were not visiting Death Valley in the summer.

We headed south along the east edge of the Sierra Nevada Mountains, which rose dramatically up from the valley floor.   The highest peak we passed (which we couldn’t actually see) was Mt. Whitney, which is the highest peak in the contiguous 48 states at 14,505 ft (4421 m).

We were heading to Death Valley.  It turns out that this approach is also a favorite of fighter pilots, practicing their skills.  We saw one plane flying low and fast in the distance. 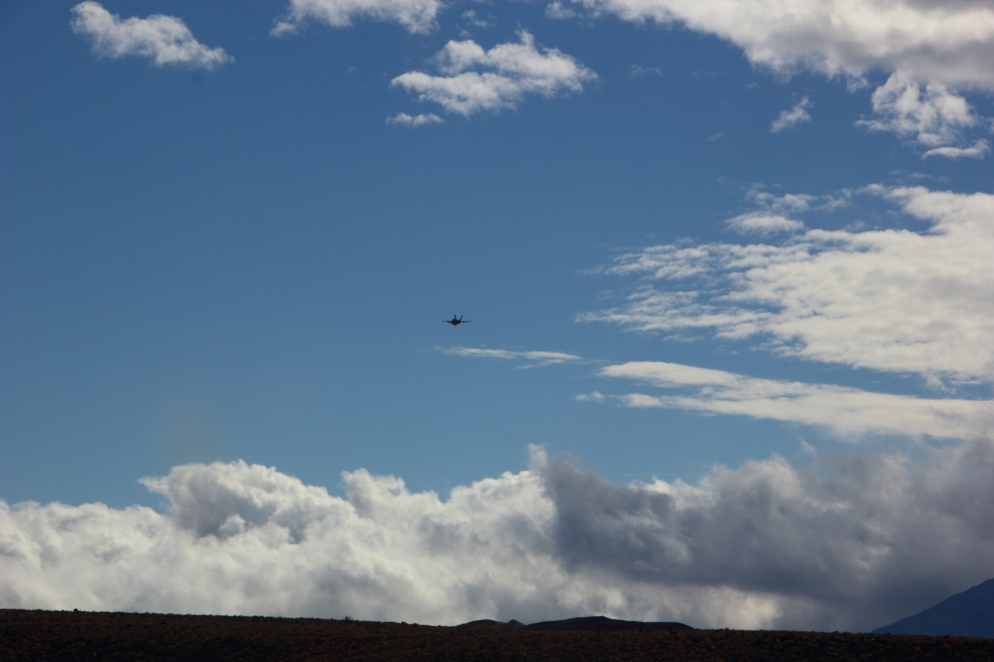 Suddenly we were buzzed from behind by two F-18s, flying very low, very fast, and very, very loud.  It was . . .surprising.  Laura was driving and might use stronger language.  Undoubtedly the pilots knew what they were doing.

Our first stop in the park was at Rainbow Canyon.  It was quite beautiful.  [click to enlarge] 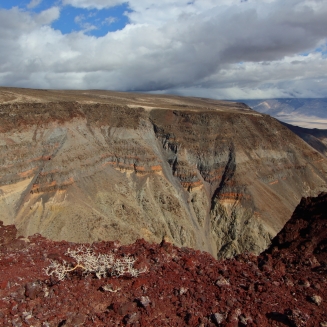 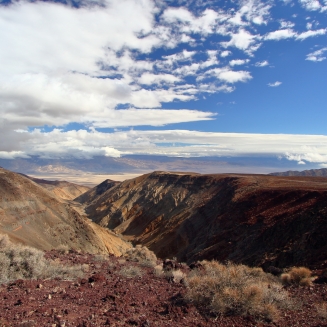 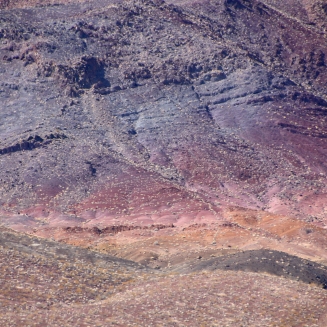 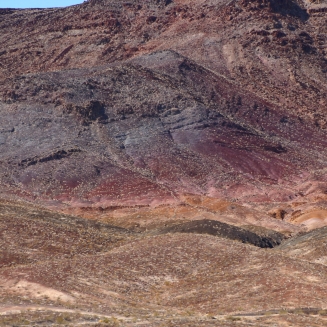 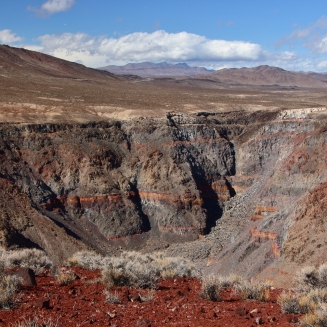 On the rim of the canyon were a couple of guys with big telephoto lenses and a radio tuned into air traffic control (which is how we knew the planes that buzzed us were F-18s).  They were waiting to snap pictures of fighters running the canyon, as in the article linked above.  None flew the canyon while we were there, however. 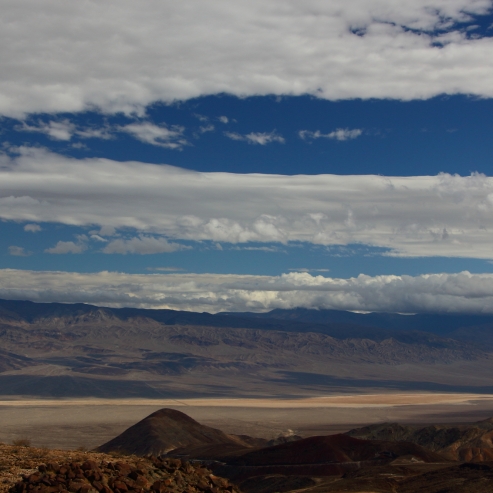 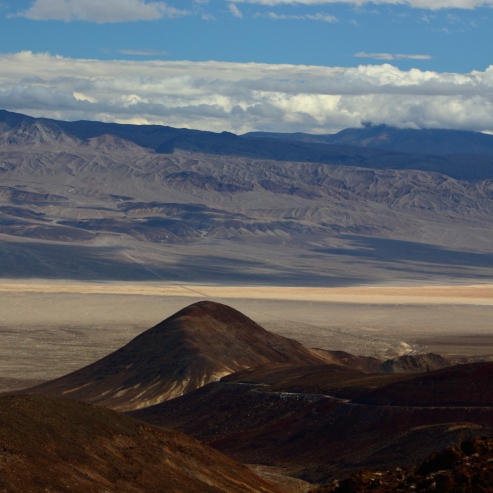 Coyotes in Death Valley are alarmingly unconcerned with vehicle traffic.

Death Valley is beautiful and stark.  An extreme difference from our experience in  Olympic National Park.  [click to enlarge] 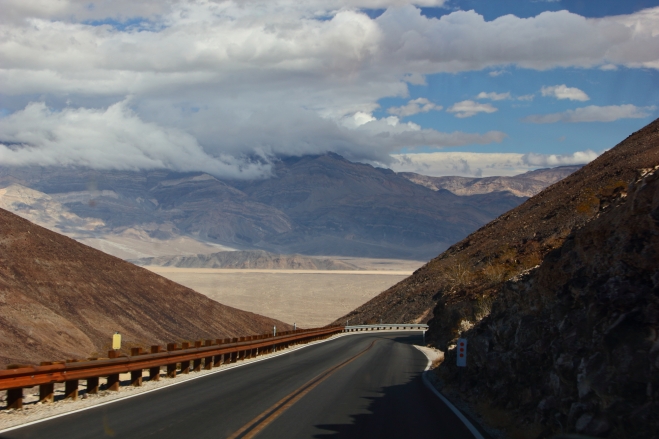 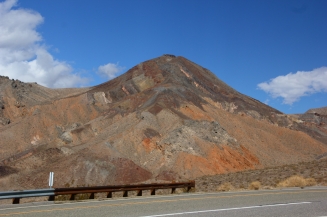 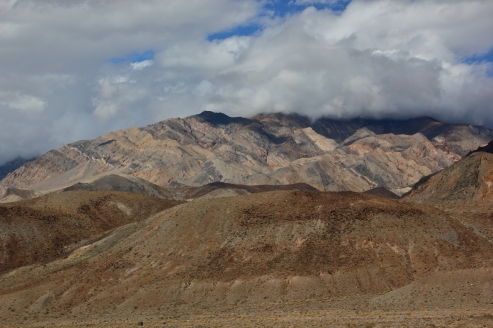 We stayed at Furnace Creek Campground.  [click to enlarge]

From our campground, we walked over to the bar at Furnace Creek Ranch to get some food, and met a group of French motorcyclists who were touring around the US.  They didn’t speak much English, but they knew all the lyrics to 80’s hair band tunes, to Laura’s delight, and they had plenty of money for the jukebox.  Meanwhile, Game 3 of the World Series played on all the TVs.

We visited Badwater Basin fairly early in the day.  It was late October, and though it wasn’t terribly hot, it was hot enough.  We can’t imagine what it must be like in the summer.

Badwater Basin is the lowest point in North America at -282 ft (-86 m).  Interestingly, it is less than 85 miles from Mt. Whitney.  [click to enlarge]

The basin floor is covered with interesting salt formations.  [click to enlarge] 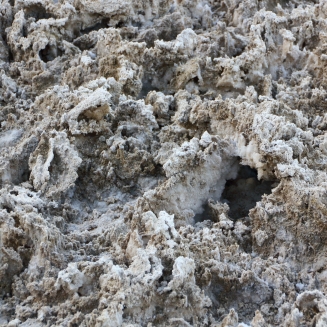 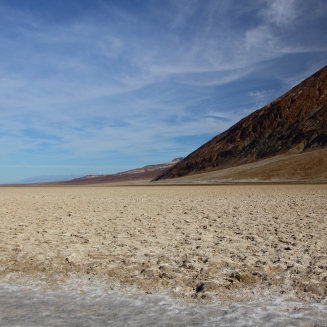 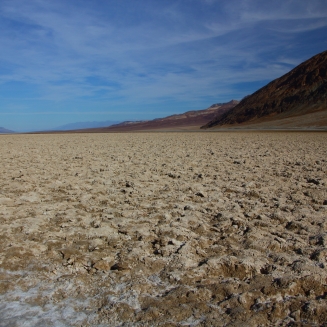 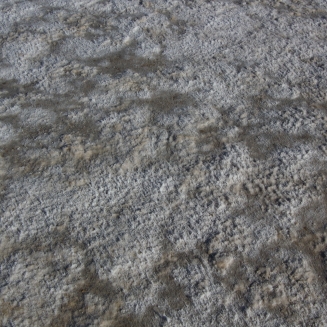 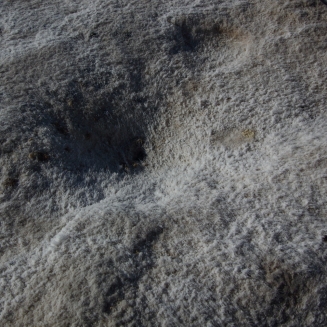 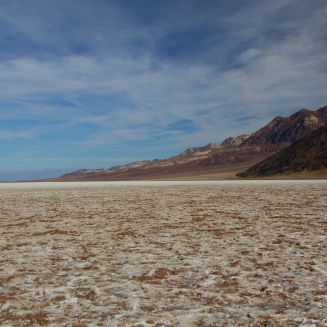 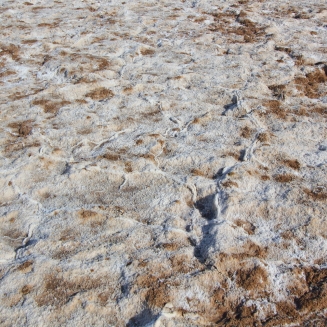 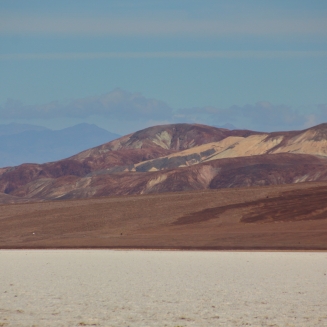 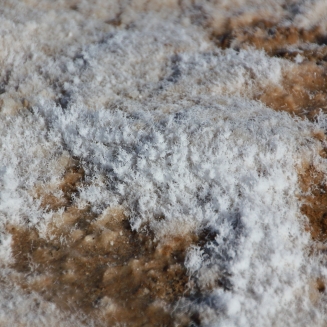 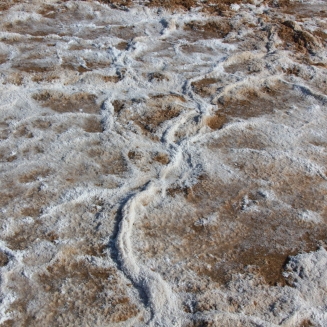 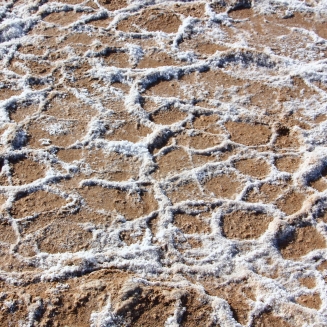 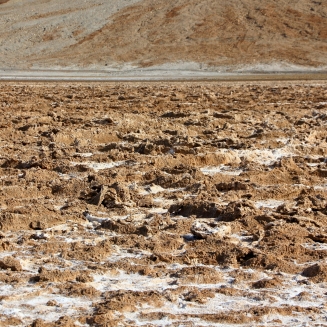 After visiting the basin, we headed east out of the park and into Nevada.

That’s it for California, thanks for following along.

One thought on “Our House in Death Valley”