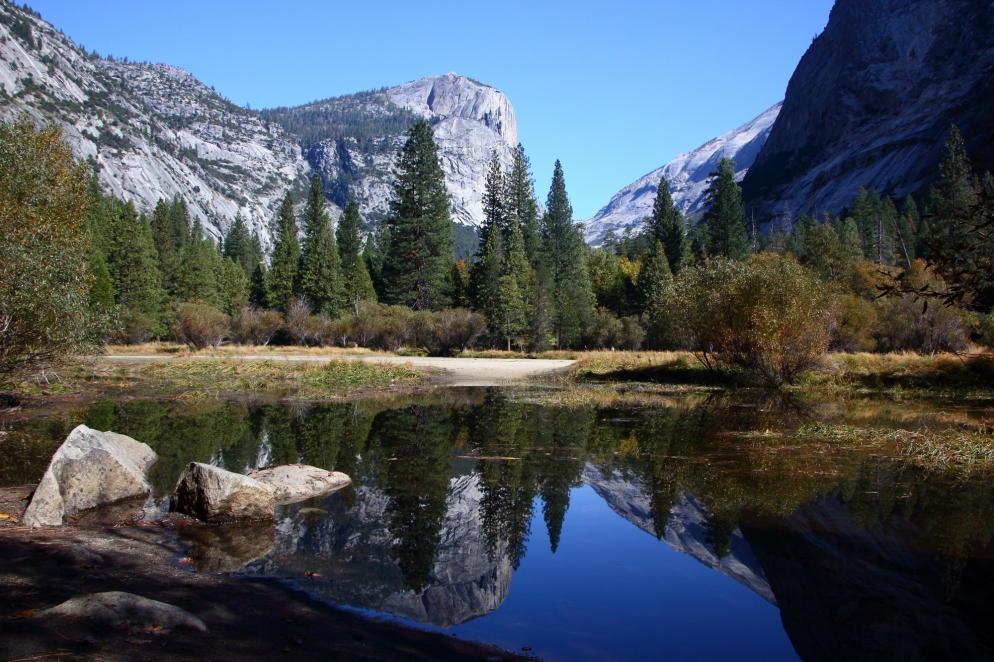 We made a stop on the way to Yosemite in Sacramento, California to see our friends Nina and Gus.  Laura worked with Nina long, long ago in a state far, far away.  Nina has a blog too, with a good sense of humor.  Check her out:  chunglund.blogspot.com.  It’s great to have friends scattered around we can visit on our travels.  Next year we hope to see some of you folks on the east side of North America.

On our first day in Yosemite, our van was (perhaps at this point predictably) making some unpleasant noises.  The brakes felt a bit . . . sticky.  Probably just overheated from the descent, but you never know.  Happily we were very near Yosemite’s garage.  Unhappily, the campsite that we had already paid for was not very near, was at a much higher elevation, and the garage couldn’t look at the van until the next day.  We decided it would be better to avoid driving up and back until we got it looked at, so we had a bit of a dilemma as far as our sleeping location.

To our delight, the National Park Service had a solution and put us up (at no charge) at one of the most sought after campgrounds in the park.  It was near the garage and in the heart of Yosemite Valley, where most of the park’s iconic sites lie.  We had previously tried, unsuccessfully, to reserve a spot in this campground.  Apparently they keep a couple of sites open for such contingencies.

The next morning, we took in some of those iconic sites.  Yosemite is full of these bare granite peaks, different from anything we’ve seen in other parts of the country.  [click to enlarge] 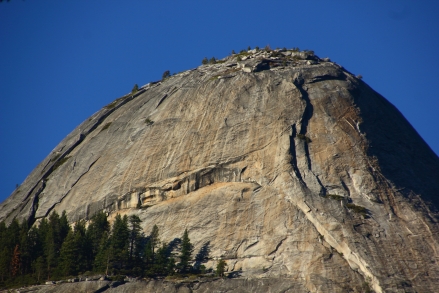 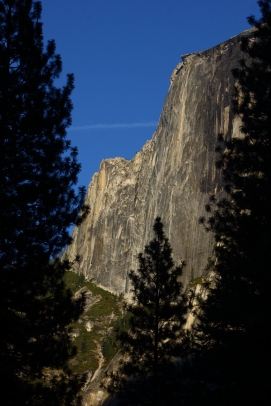 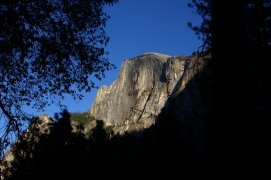 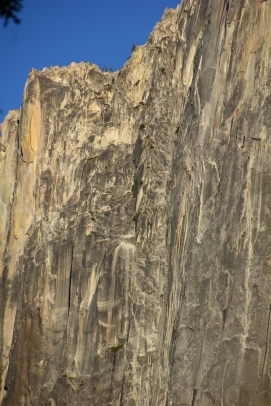 This was our first walk of the day.  [click to enlarge] 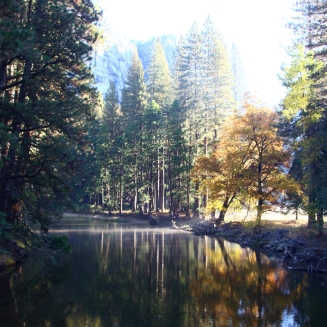 This is Yosemite Falls.  The rainbow effect is real, though it seemed like it couldn’t possibly be, even when we were standing there seeing it.  [click to enlarge] 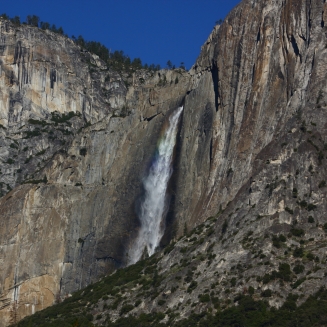 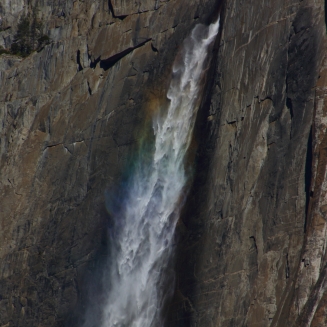 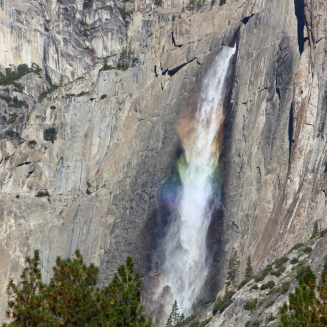 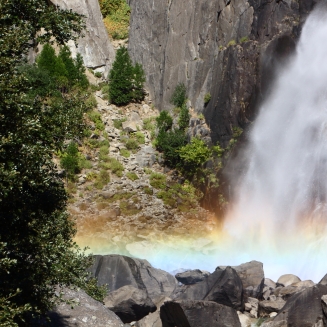 Rock climbing is a big deal in Yosemite (not for us, of course). 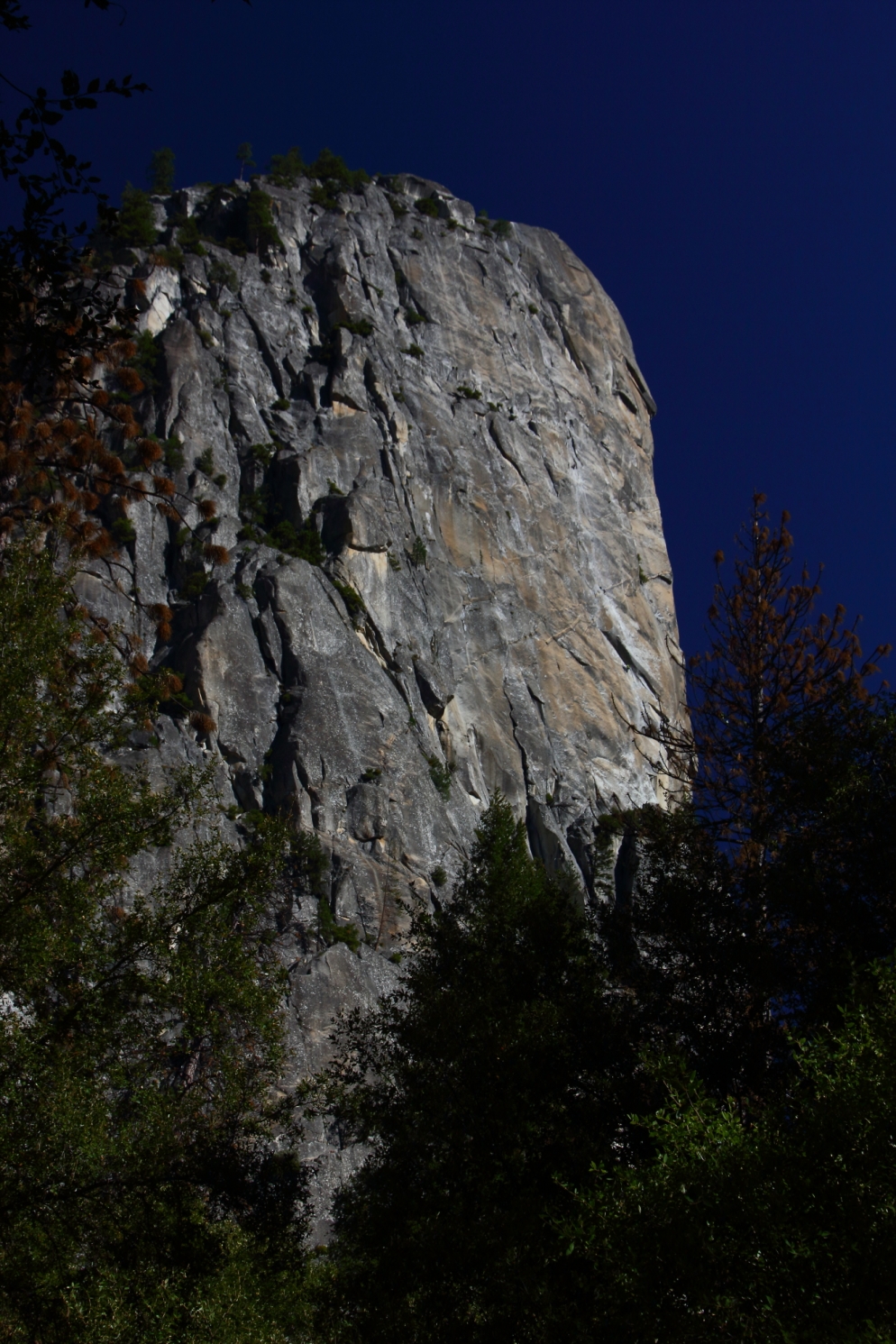 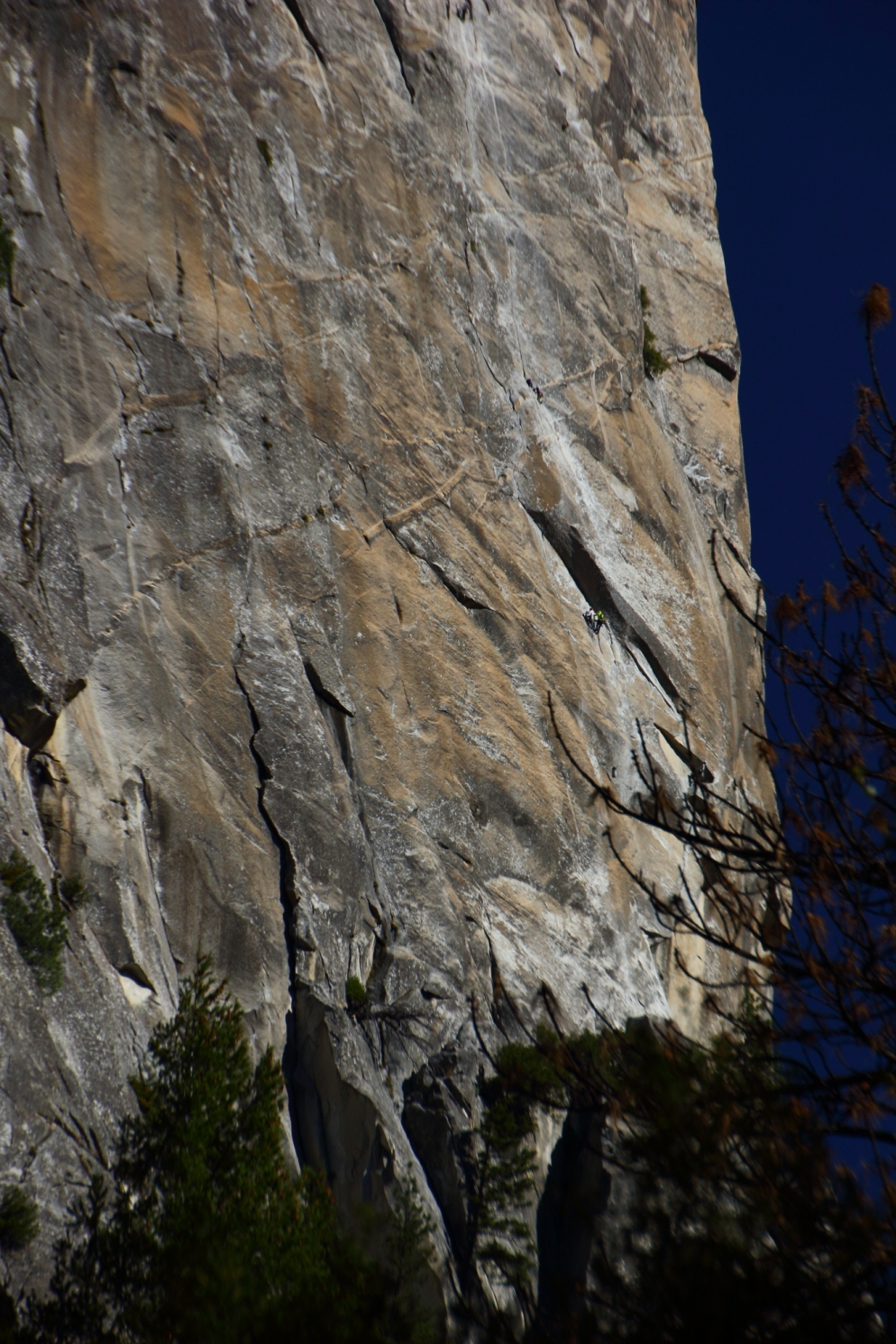 We hiked some of the Valley Loop Trail.  It was surprisingly uncrowded, considering how close much of it is to the main tourist zones.  [click to enlarge] 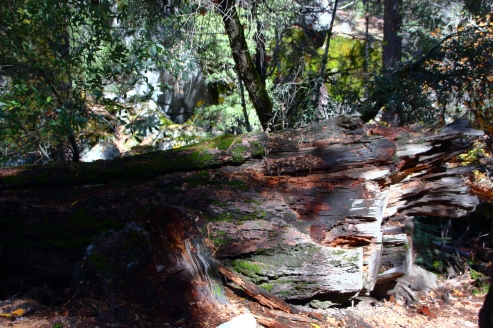 There is an Ansel Adams gallery in Yosemite.  Michael was inspired: 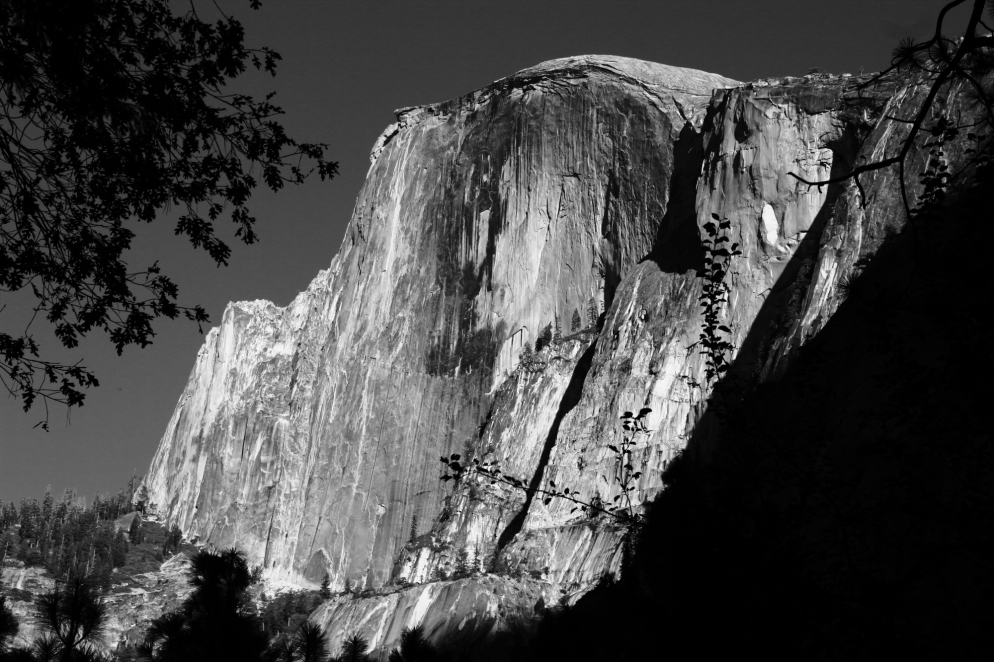 This is the interior of the Majestic Yosemite Hotel, Yosemite’s historic lodge, built in 1927.  The hotel was formerly the Ahwahnee Hotel and has been recently renamed, like several spots in the park (apparently due, in part, to some shoddy intellectual property protection).  [click to enlarge]

On our way out of the park, driving Tioga Road, we encountered a black bear.  The bear was completely disinterested in the cars and people that stopped to observe its hunt for breakfast.  [click to enlarge] 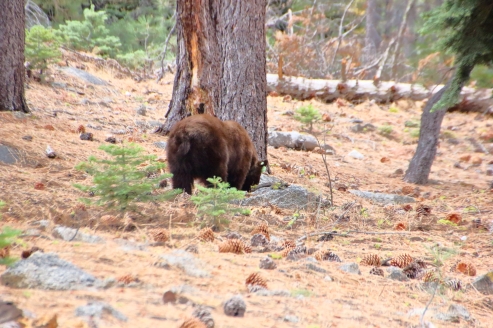 Yes, that bear is quite brown, but it is not a grizzly, it is an American Black Bear, a brown one.  You can tell grizzlies and black bears apart by the shape of the face, ears, and shoulders.  Also, there are no grizzlies in California anymore, despite it being the symbol of the state.

Continuing along Tioga Road, we encountered an amazing landscape of bare granite domes and peaks, very different from other mountainous landscapes we have recently visited.  Apparently, this granite is what typically lies far beneath volcanic mountain ranges, but here the crust has been uplifted and everything that was on top of the granite has weathered away.  And uplifted pretty far, the elevation of Tioga Pass is 9943 ft (3030 m).  [click to enlarge]

Coming down from the pass, and exiting the park we found ourselves heading into the Eastern California valley that runs north-south along the east edge of the Sierra Nevada Mountains.  (Does this valley have a name?  We didn’t learn it.)  The road down into the valley provides a great view of Mono Lake.  [click to enlarge]

We stopped for the night in Bishop, California.  We found a brewpub with excellent food and passable beer.  Plus, they were working on getting this tap wine system operational.  Pretty cool.

And we are not done with California yet.  Thanks for reading, and stay tuned.

One thought on “Our House in Yosemite”