December 14, 2015:  Before hitting the road, we decided we needed a mechanic to check out the house, figure out the source of the fluid leak, and assess the brakes.  We walked next door to the Pemex station and asked for a recommendation.  One of the attendants (all gas is full service in Mexico) went to talk to someone, and came back with a business card for a mechanic.  We walked off with the card, with the attendant looking nervously after us.  After realizing what was going on, we grabbed a phone, took a picture of the card, and gave it back to the relieved attendant.  We called, and the recommended mechanic said he would meet us at the Pemex station (after a discussion about which station.  After all, every gas station in Mexico is a Pemex station). 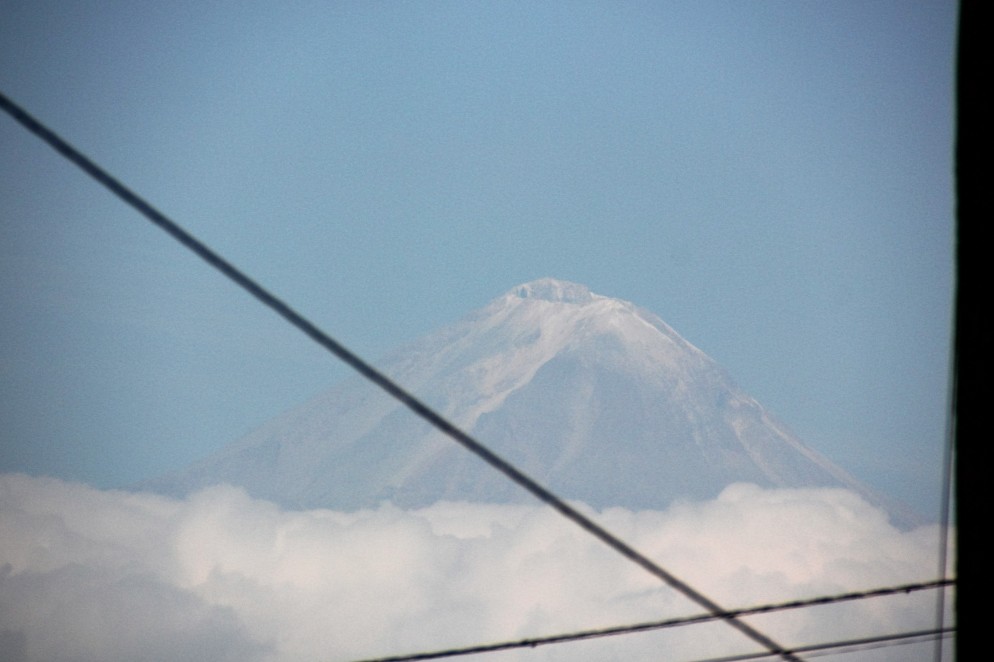 The  mechanics didn’t find anything requiring any urgent attention, the van was just a little exhausted from the 6500 foot descent from the high plains.  We’ll want to change the transmission fluid before too long, but it’s not urgent.  We paid $15 for the house call and moved on.

The drive south and east from Cordoba brought us into low, humid, wet lands much different from the high plains.  Finally it was time to use the AC.  We drove past fields of pineapple and sugar cane and low swampy areas with tropical vegetation.

Our goal for the day was Ciudad del Carmen, on the gulf coast south of Campeche, leaving us about 7 hours of driving to get to our friends in Akumal.  We didn’t quite make that and stopped about 1.5 hours short in Frontera,. That probably turned out for the best.

Frontera, in the state of Tabasco (no relation), is the last outpost on the Rio Grijalva before it empties into the Gulf of Mexico. 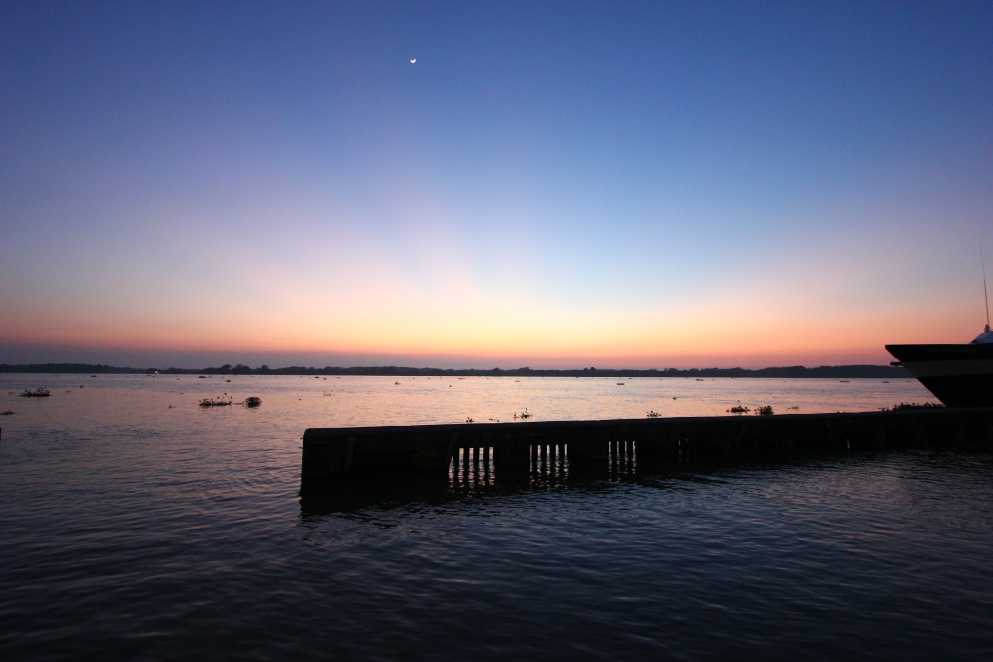 Though a highway now runs behind it, it’s obvious that the town’s orientation is toward the river, its past.  It’s also pretty clear that river is no longer the source of prosperity it once was.  But the town was pleasant enough, and people seemed genuinely pleased to see new faces.  This is not tourist country; we encountered no other foreigners during our stay.

We drove around the town a bit looking for somewhere to stay, and the prospects didn’t look good.  Stopping at a storefront, Laura asked about the possibility of a hotel with parking, and the proprietors went out of their way to direct us down the street to a small hotel.  It didn’t have parking, but was on a dead end, so we were assured no one would care if we parked on the street.

We parked the house outside the hotel and walked up to the second floor reception counter. The room would be 250 pesos, a little less than $15 US.  After checking out a couple of rooms, and finding them about what you would expect for $15 (maybe a little better) we agreed.  We were told that it would be fine to park on the street, but that the adjacent lot, currently filled with taxis and collectivos would be vacant by 8 pm.  We could then move the house there, and they would lock the gate and there would be someone on guard all night.  Not bad for $15.  (Would have been a bargain if there was hot water in the morning.)  So having taken a room, we walked out into the little town to look for food and see what was what.

All of Mexico celebrates el Dia de la Virgen de Guadalupe (day of the virgin of Guadalupe) on December 12.  In Frontera, they claim some special relationship with the Virgin, and to continue to celebrate her throughout December, so there was a bit of a festive atmosphere, including a parade (we missed but heard), fireworks (heard but not seen) and market stalls on the square.  We got in a little late, but saw some of the remnants. 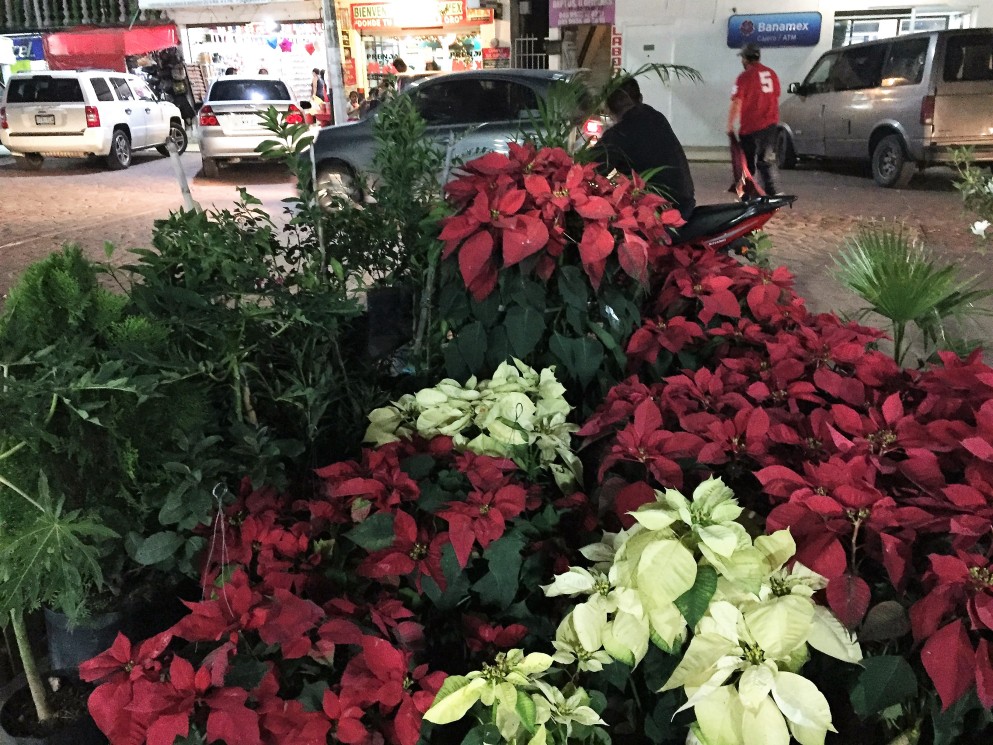 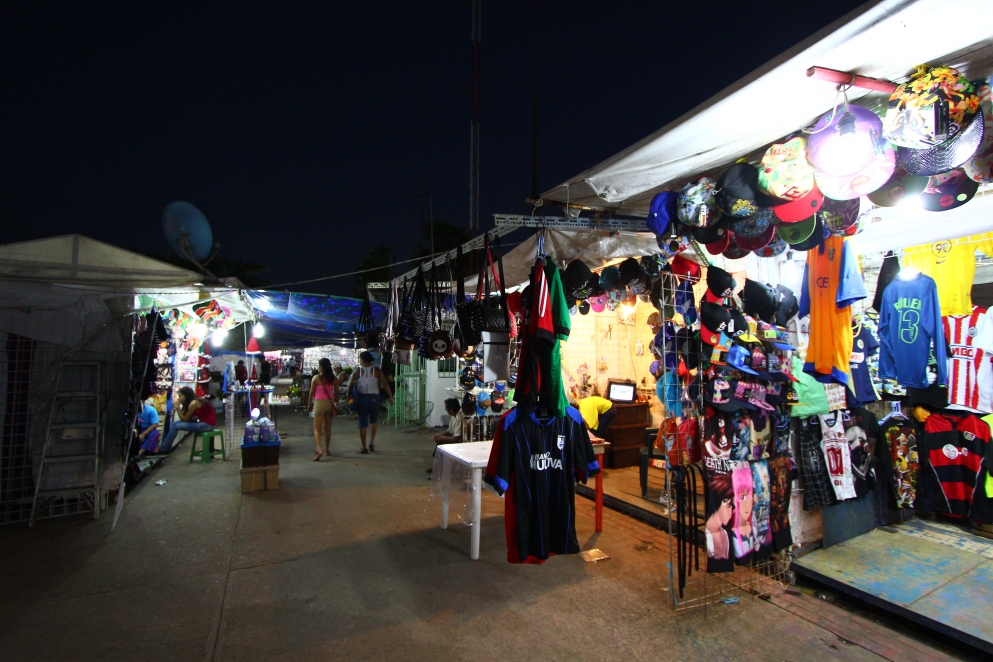 This was also the first night that we encountered oppressive evening humidity, something we’ll have to get used to.

If all goes well, we’ll reach our intended destination on the 15th.

2 thoughts on “Our House in Southern Mexico”